TOKYO, JAPAN --- 2002: Hato Bus Tours, Tokyo's biggest tour company, has added a new stop for sightseers in Japan, New Half Bars. The term "New Half" includes individuals that are transvestites as well as transexuals at various stages of the process of changing sexes. At the bars, the New Half offers entertainment to men, women and couples in the same fashion, as other more traditional spots in Japan that are catered to only men.
Coco performing at the bar Clione.
--- Photo by Tom Wagner/Corbis SABA 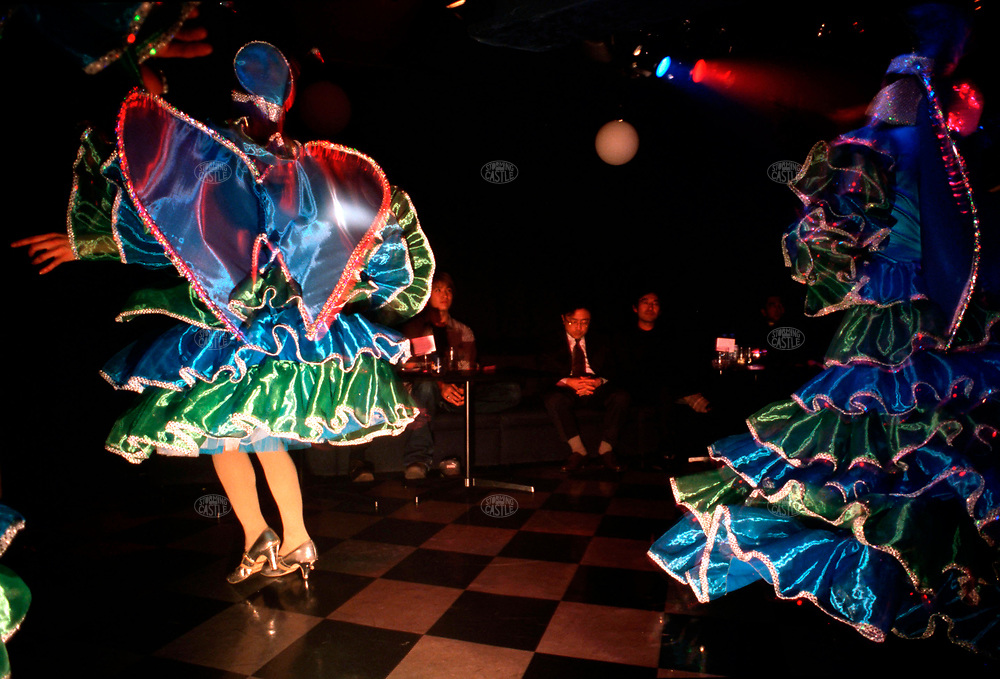