Montain Lion, Coyote; repositioned Coyote taxidermy was moved to Mountain lion diorama--habitat is mountain lion, damaged diorama: Taxidermy animals were originally key parts of these dioramas of nature scenes, small recreations of researched locations of the natural habitats of the full sized animal taxidermy examples. The dioramas were hugely popular in the community and several of the 20 odd installations in the museum were relocated to the new public museum; other taxidermy animals from the installations were re-tasked at the new museum on the other side of downtown as well…hence some of these dioramas' animals are absent and the 'habitats' are damaged--this all took place in the 1980's when the museum staff relocated parts of the dioramas to their new purposes in the new museum. Originally built from about 1938 when the first Grand Rapids Public Museum (GRPM) was completed.The original museum was founded as the 'Kent County Scientific Society' and is one of the oldest Natural History Collections in the US--founded before both the American Natural History Museum in NYC, and the Field Museum in Chicago. From the collection the grand rapids public museum. 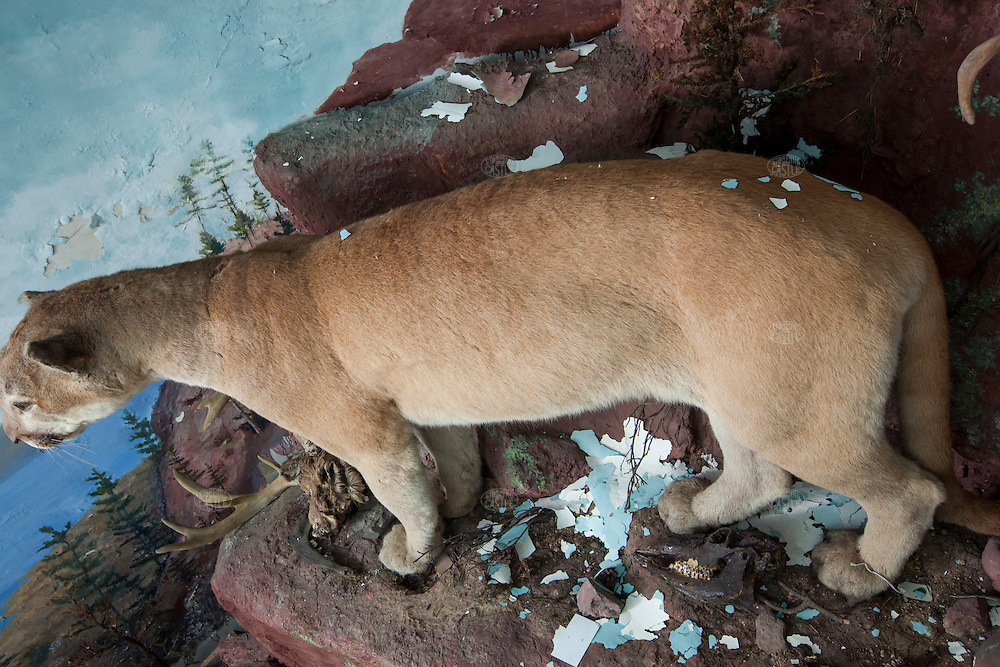